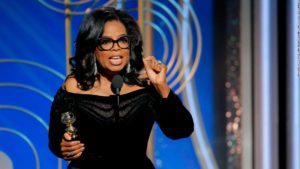 A list of the top female speakers wouldn’t be complete without one of the greatest of all time! Oprah Winfrey is best known for her talk show “The Oprah Winfrey Show.” Oprah’s first show aired for 25 seasons over the course of 25 years. During it’s first year alone, the show was placed on 120 channels, grossed $125 million and reached an audience of 10 million people. Oprah went on to start her very own network “The Oprah Winfrey Network”. Aside from television, Winfrey is a philanthropist and a highly regarded motivational speaker. Forbes magazine has named her one of the 25 most influential women of 2018. Winfrey makes our list for her powerful, enthusiastic and inspiring speeches. 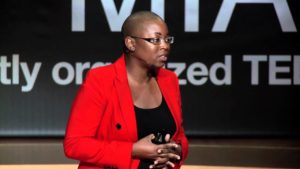 Felecia Hatcher is a highly regarded author and public speaker. Hatcher was recognized at the White House in 2011 as one of the Empact Top 100 Enrepreneurs under 30, and honored as the 2014 White House Champion of Change for STEM Access and Diversity. Hatcher identifies herself as a student who struggled in high school, but found her passion for marketing in college where she started her first business during her first year. Hatcher makes our list because her personal experiences of triumph motivate her audiences. 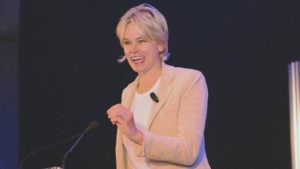 Molly Fletcher is best known for her contributions to the world of sports. She was one of the world’s first female sports agents at a time when women were not welcome in the world of sports management. Despite the opinion of the times being against her, her talent and dedication helped her recruit and manage hundreds of big names in sports at the time. These individuals include Hall of Fame pitcher John Smoltz, PGA Tour golfer Matt Kuchar, broadcaster Erin Andrews, and basketball championship coaches Tom Izzo and Doc Rivers. Molly now uses her knowledge of sports agency to motivate audiences to close deals and strengthen relationships. Molly makes our list because of her passionate and savvy business advice. 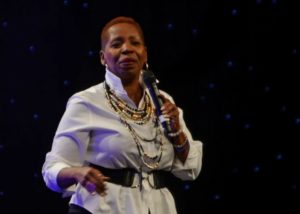 Iyanla Vanzant is an impressive life coach who built an empire out of very little resources. She effectively motivates audiences to love, forgive, and work hard to live their best lives. She is the star of her own reality show in which she helps sufferers to find peace and become content with their lives by learning the value of hard work. Iyanla makes our list because she sets leads by example, and focuses on helping others stay motivated to change their lives for the better. 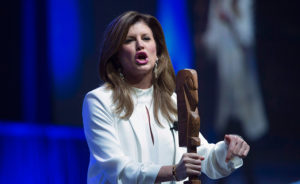 The Honourable Rona Ambrose is the former leader of the Conservative Party of Canada. Her political achievements clearly prove the effectiveness of her impressive and dynamic leadership abilities. Ambrose advocates for women internationally and participated in the invention of “International Day of the Girl” at the United Nations. The Honourable Rona Ambrose makes our list because she is a demonstrated leader, and effective advocate. 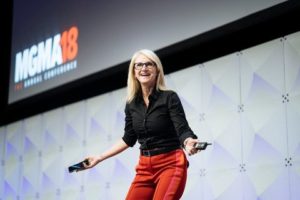 Mel Robbins is an entrepreneur and motivational speaker. Her Ted Talk “How to Stop Screwing Yourself Over” has almost 18,000,000 views, and is regarded as one of the best ted talks of all time. Robbins offers her expertise on changes to human behavior and mindset to an international audience and effectively reaches 20 million people per month. Mel Robbins makes our list because she is able to transfer her impressive internal motivation to her audiences. 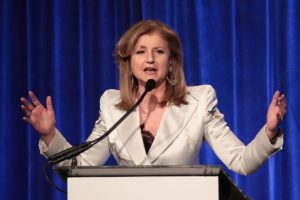 Arianna Huffington is the co-founder, and former editor-in-chief of one of the most famous news and opinion websites in America. The Huffington Post, labelled HuffPost since Arianna’s exit, took Arianna’s last name as the name of the news source in 2005 when it was founded. Since leaving the company, Huffington has started her own business that advocates for sleep initiatives. Huffington makes our list because of her innovative ideas and her dedication to the causes that she chooses to support. 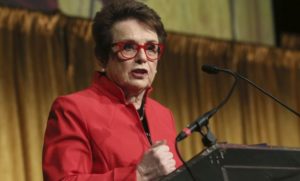 Billie Jean King is best known for her contributions to female, and LGBQT participation in sports. In 1973, she participated in a “Battle of the Sexes” tennis match and, against popular opinion, beat Bobby Riggs in a match that would go down in history. Since her days on the court, King has found her voice by advocating for LGBQT and women’s rights using her powerful platform. Billie Jean King makes our list because she is a force to be reckoned with both on and off the court. 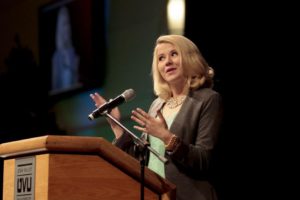 Elizabeth Smart was abducted by kidnappers on June 5 , 2002. She was held by her captors for 9 months, and thankfully was returned to her family on March 12, 2003. Smart used her trauma to create a platform to advocate for change related to child abduction such as better recovery programs and improved National legislation. She founded the ‘Elizabeth Smart Foundation’ and helps to promote National Amber Alerts, The Adam Walsh Child Protection & Safety Act to help prevent child abductions. Smart makes our list because her inspiring story proves that after tragedy, there is triumph. 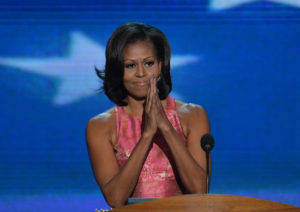 Michelle Obama is best known for her contributions as the first lady of the United States from 2008 to 2012. Obama is also a lawyer, writer, and public speaker. She advocates for rights such as the support of military families, organic food movements, and helping working women to balance careers and families. She is a genuine speaker who encapsulates audiences with her passion. Obama makes our list because she is one of the most influential women, and speakers of the generation.

We believe that these women have successfully mastered the art of communication and presentation. We hope you learned more about your favorite female speakers, and discovered someone new!

Whether on the women’s national soccer team, winning a Olympic gold medal or four Olympic gold medals, we hope you have enjoyed learning about these inspirational female speakers. Woman motivational speakers are special and are are glad to shine a light on them.

Find out more about Speak’s ability to better communicate on our website.

Get 30 Minutes Free!
We use cookies to ensure that we give you the best experience on our website. If you continue to use this site we will assume that you are happy with it.OkPrivacy policy